As much as we, well, I, malign the algorithms used by our apps to generate recommendations for us, earlier this week YouTube said Hey Watch This, and for once that omniscient algorithmic ghost in the machine got it right. So right that while it didn’t change my life in that I have uprooted and now reside in a cave in the Himalayas, it was right enough to have created a small granular shift in my being and in my world view. So what is this one in a trillion video that you’re going to now sit and read about? Well, it went viral of course, but that was a few years ago, and I guess I missed the boat on it. But the universe had other ideas and was going to get my eyeballs on it dammit.

Three years ago a town in Italy decided they wanted to have the Foo Fighters come and play a concert just for them. 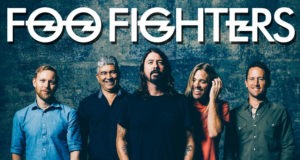 Why? Dunno. Don’t particularly care. Perhaps the wine from that region has a particularly high Foo content. Either way, the brainchild of the operation knew a stunt was needed to draw the attention of the Foos and the stunt had to be big. And it was. The vision was to gather as many musicians and singers as possible, all playing and signing a song by the Foo Fighters, in an effort to go viral and secure this bizarre dream of a concert. “As many musicians and singers as possible” turned into a thousand. And 51 million views and a Foo Fighter concert later, I became a blubbery mess watching the video of this spectacle over and over into the wee-est hours. 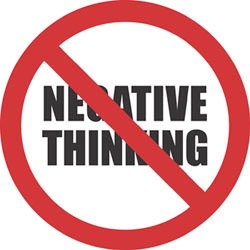 I don’t know about you, but for far too long I kind of revelled in the foggy residue of negativity. I was negative, I liked it when people around me were downcast and negative, I found solace in the self pitying lyrics of my favourite songs. Life can’t disappoint you when you’re already in the toilet bowl am I right? Let me tell you though, it’s an exhausting life plan. I tell you this because I’ve vastly changed my wallowing ways. Sunshine and lollipops, you’re so much easier to manage.

And what I watched in that video curled up on the couch on a random Wednesday night was the greatest display of mass humanity happiness my eyes had ever witnessed. You can tell me an entire wikipedia list of great happy events. I don’t care. To my eyes and my soul this was everything that humankind is capable of on a mass scale. And I’ve realized how important it is to take in and absorb these types of things, to help keep the fire of happiness burning inside of us. Of course you could view it with a cynical eye and question the point of it, say it’s probably all faked but why? Why not just accept it for what it is and revel in the joy of others for a few moments.

Now back the event itself, they chose a song I like but wouldn’t put in my top 100, perhaps it’s in my top 1000. But watching these crazy Italian singers, bassists, guitarists and drummers just lose their minds for four and half minutes playing a random Foo Fighters song brought me a joy that I have only felt a handful of times. And I have small hands. I rewatched the video over and over looking at as many people as I could focus on, everyone with the stupidest, widest most insane grins on their faces. Jumping and screaming and smiling and laughing and embracing and of course, playing and singing. Other than wedding days and the birth of children this was it for them. 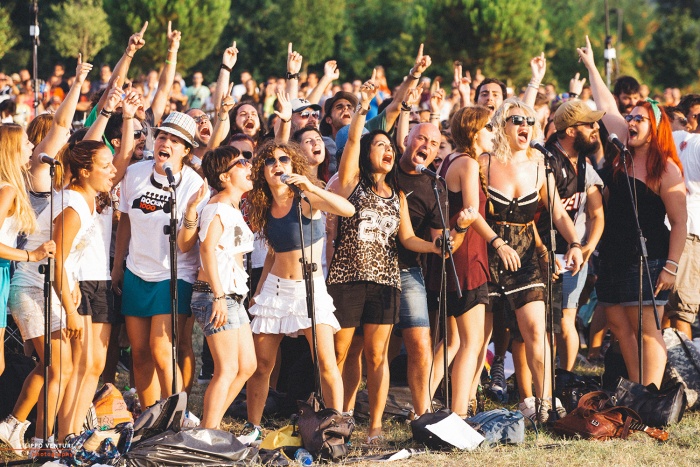 Everyday people, young, old, big, small, probably some touring and session musicians in the mix, but by and large just normal people living out a dream. Guitarists striking rockstar poses into the cameras, bassists grooving like only bassists can, singers screaming out arm in arm, jumping in time to the rhythm. And the drummers, oh those wacky drummers. Pounding on their skins with wild abandon. There is a certain satisfaction in watching an orchestra perform in perfect synchronicity – those violin bows gliding back and forth in an elegant soothing dance. But seeing hundreds of drummers blasting away in perfect unison? Oh that’s a special kind of bliss. 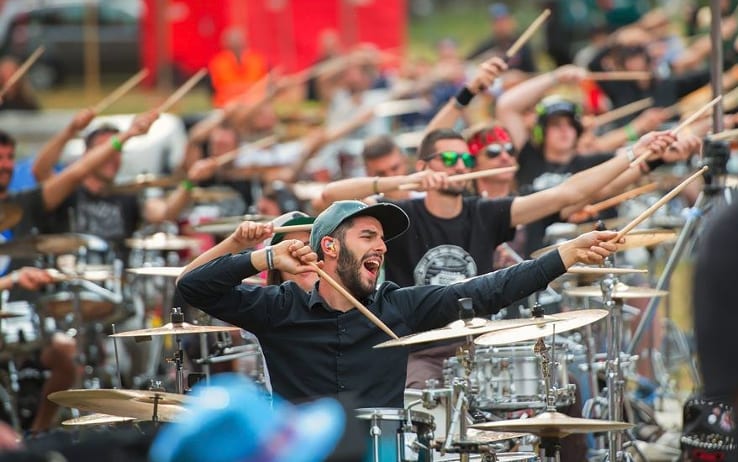 Now listen, I know this sounds incredibly cheesy, and on a certain level it is. But that’s the whole point. The absurdity of the very premise, the scope that this idea had grown into, the sheer insanity of the logistics of recording all the players and having it sound listenable. One of my big beefs with storytelling in any medium is the big tease. The hapless family wins the lottery, except that they don’t is my personal favourite. Or the harebrained scheme of some kids that never really quite gets to the hilarious conclusion it could. 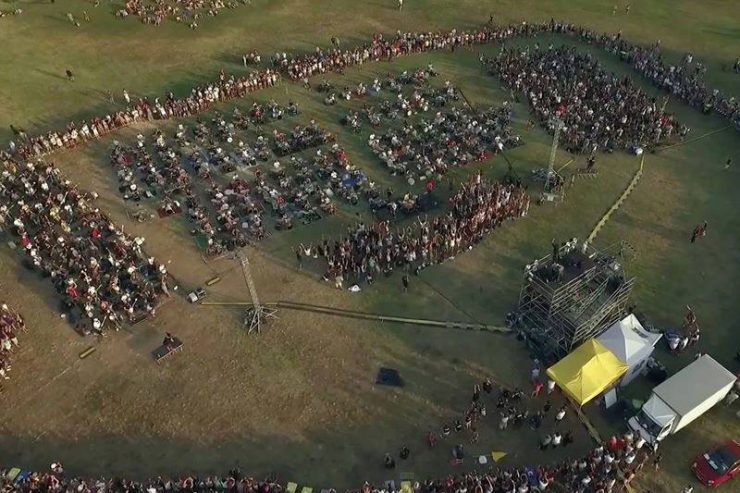 This concert is the harebrained scheme that became everything it could be and then blew up on steroids to another plane of ridiculousness. How could it even be organised? How could it sound half way decent? I know a lot about audio production trickery, and I’m sure there was a lot at play here, but I didn’t put any thought into it because somehow the ridiculousness sounds incredible and that’s all that matters.

So what’s the point of all this? Why am I so taken by it? Why am I spending time writing about it? Because it proves that we really can do anything, and with a perverse vision of crazy combined with a drive to finish, humanity still has the capacity to surprise, uplift and overwhelm. I’m not talking about charity concerts thrown together at the last minute, or pledge drives to help disaster stricken areas. Those are expected and hopefully will never fade away. 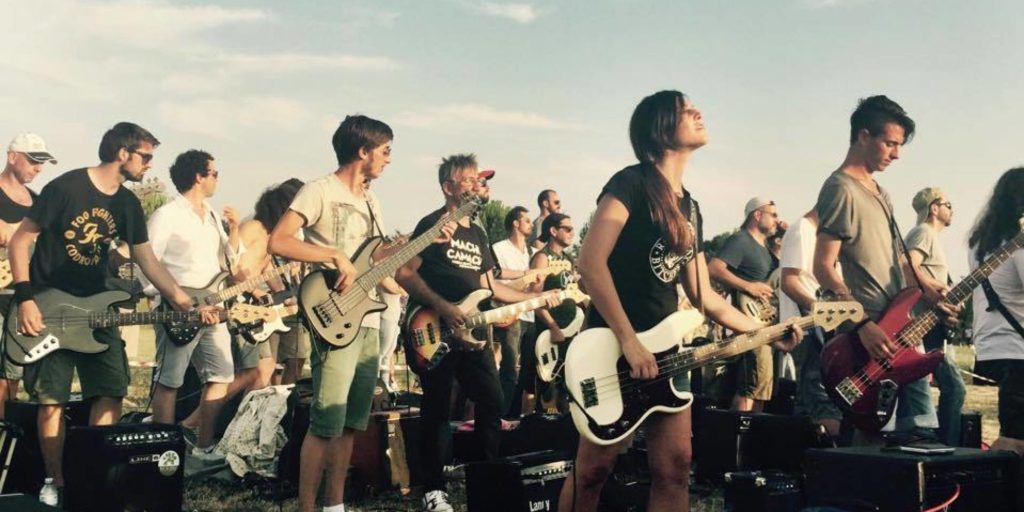 This had one singular absurd purpose – a concert by a rock band. To push for and source funds, organize the logistics of sound, hold practice time, and visually record the whole thing is exhausting to think about. But it got done. And it warms my heart that we can put on a wacky event such as this that really did change the lives of those involved, and touched millions of hearts and minds around the world thanks to our evil modern technology.

Too often these days everything has to have a purpose. A financial or societal endgame. It can be fun but it has to serve some kind of higher pursuit in it’s vision and execution. But a funny thing happens when you persue the insane to a ridiculous conclusion. It in itself becomes an event that is in its very existence a higher purpose. By pushing the pointless and crazy off the cliff and into the deep end and then setting it on fire is something that is done way way way not enough. Few things drive me nuttier than when someone says, yeah, but what’s the point? 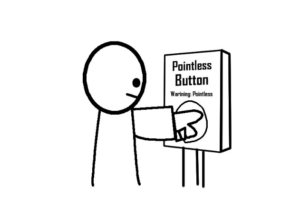 The point is that there is no point you ninny. I’m doing this because it climbed it’s way into my brain and I want to see where it goes. I once had a pet watermelon for 6 months. (Not a long lifespan on those so don’t get too invested). Why did I have a pet watermelon? I dunno, because it was there I suppose. But through my documenting of our adventures together people still talk about it and the absurd happiness it brought them. 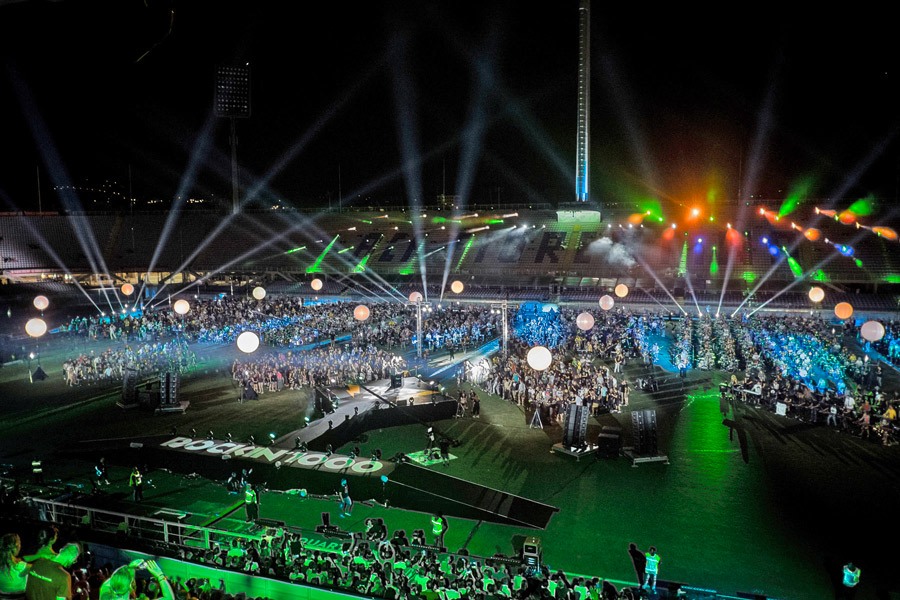 Then I found out there was more to the story. So much more in fact. Because this nutbar idea actually worked out and become a massive success, they have now done a couple of concerts live. Still with a thousand people. And I say why the hell not? It’s a logistical nightmare I’m sure, but anyone in the world can apply to be a part of it. You fly in for a three day camp to practice and hang out and live your rockstar fantasy. Or so you thought until the actual concert happens. Then you’re a goddamn rockstar. 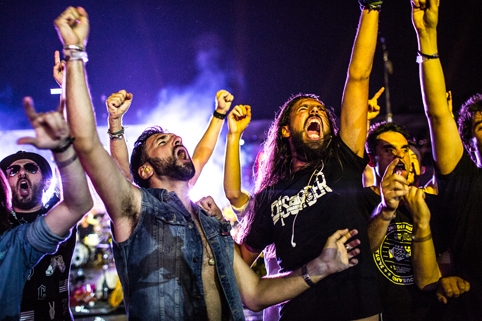 People in costumes, people repping their favourite bands’ t-shirts, kids banging the drums like their lives depended on it, the bored accountant living their absolute best life for just a couple of hours. Those outside of it get to see and hear the spectacle either in person or via Youtube, and those inside of it get to live out a wild adventure that they never ever ever would have thought possible. All because someone said hey, this is a stupid idea. Maybe we should try it. And they did. 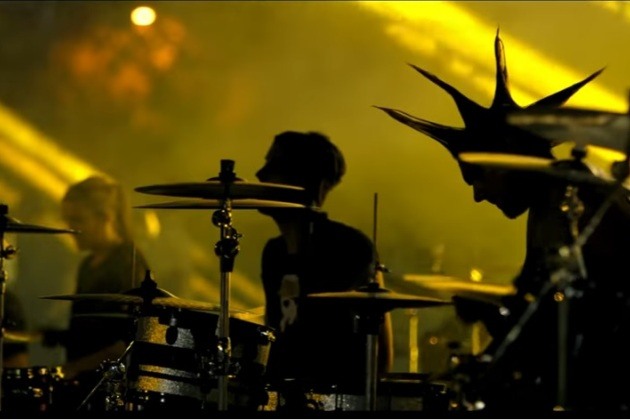