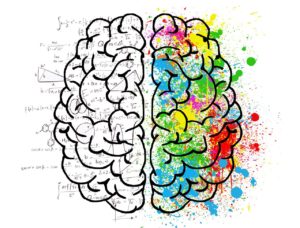 As beings blessed with rather inferior sensory input devices, we as humans are very lucky to have an astounding sensory decoding device to make sense out of the bombardment of information we receive. Our eyesight, hearing, etcetera are really quite blah when you put them to nature’s comparison test. But our brain, well that’s the golden ticket.

That’s how we discern what is real, what is not, what is good, what is bad, and for our purposes here, what is impressive and what is not. Uniquely gifted in the animal kingdom with not only the ability to be impressed by something, we also understand that we are being impressed by something. That, as far as we currently know, uniquely human self awareness that tells us not only that our senses are tingled by the thing, but that we know we are tingled by the thing. 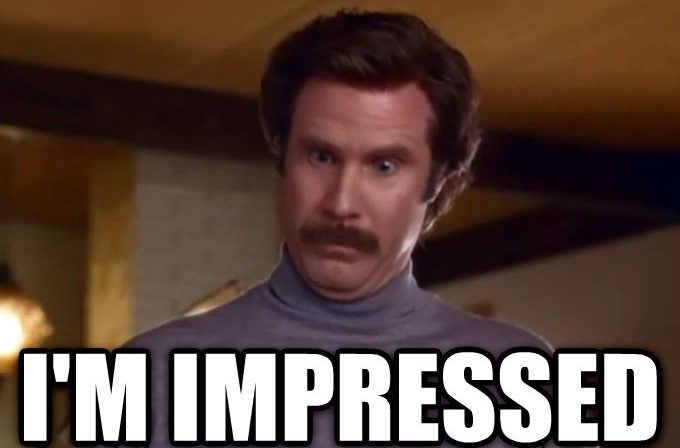 But what is it exactly that tingles our brain dingles? And is there a difference in what impresses us now versus years, or even centuries ago. I think I am using the term “impressed” a little fast and loose but I think it is best to think of it as a catch all to express anything that holds our attention while giving us pleasure. Now I’m sure there are all kinds of studies (googles, yep there are) dissecting what happens to us physiologically when we encounter something impressive. I’m not too concerned with the exact happenings on the inside except that I know that it makes us feel good. 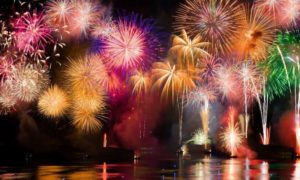 Now there’s always been the biggies that have impressed humankind. Sunrises and sunsets, meteors, mountain vistas, fireworks. These are kind of the old guard pantheon of what jiggles our juices. But I’m wondering, as so many thinkers do these days with regards to how our modern tech is changing us, how today’s technology and instant communicative abilities has changed both what we find impressive and how our level of impressiveness is in response, to put it rather lumpy and awkwardly. We are nearly at the point where we can create almost anything to input into our senses. Between both aural and visual computer software and hardware we can see and hear literally anything our brains can conceive of.

The pioneers of special effects artists paved the way for today’s ultra realistic effects true, but we always knew they were creating a kind of hodgedy podgedy fakery. Today we know what we are seeing is completely conjured out of a computer, and looks as real as the world we actually live in but……. does that freshly created reality impress us all that much anymore?

There was a short window when modern effects, imagination and technology all started to coalesce better than they ever had. Think right around that dinosaur movie people love so much. There’s no doubt that half of the enjoyment of that film was being blown away by something we had never really seen before with such a visceral lifelikeness. That film franchise is still going strong today but I would argue that what was happening in people’s brains back in 1994 was way more than what is happening in people’s brains in 2020 watching the newest versions of the films. 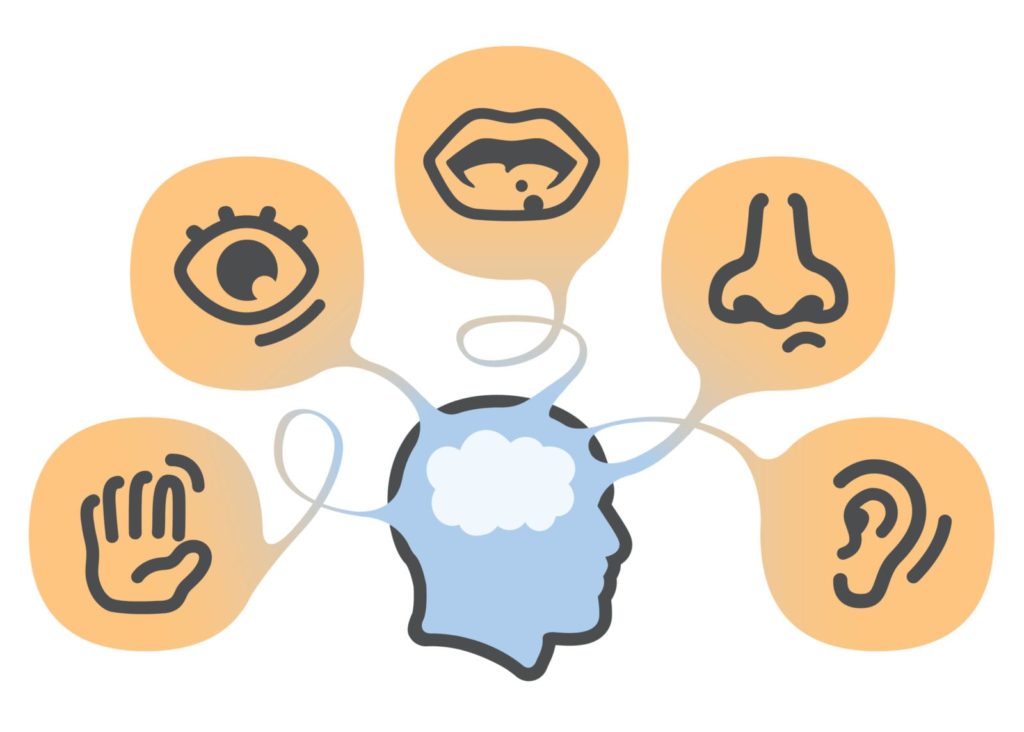 If we switch back to the instant communication aspect of where we are at with technology, I think we can start to see some parallels to the film idea above. To me, today’s instant communication refers to how we as an individual can instantly have access to almost any sensory input we can think of, whenever we can think of it. Songs, movies, classical philosophy, images of any place on earth or indeed the known universe. Any sexual idea, any specialty car, any Guinness record. The point is, I believe having access to all of this at any instant has changed what holds our attention. (I’d probably find zero network television execs who disagree with me there). No matter what stunning landscape it is, it is on Instagram from 360 different angles. It’s incredible to think that all of this astounding world around us has been reduced to a blasé finger scroll. After finger scroll. 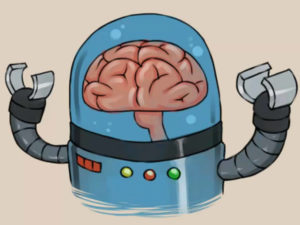 So if we have all become this cynical and robotic mass sensory input society that it seems both I, and all the talking heads are saying we are, what then actually impresses us anymore? Anything? Is it at all possible that we have been stunted and reduced to moaning, drooling input devices? I guarantee you there’s all kinds of literature out there saying exactly that. And everything is going to hell in a hand basket because of it.

In fact we are probably already in the bottom of the hand basket nestled in beside the Kleenex that is sorta still good and the Lifesaver covered in sand. However, I won’t be the person to tell you that. In fact I would argue to you the opposite. You could say life, uh, finds a way. Humans do still have the ability to be impressed and even held captive despite our seemingly diminished attention spans. 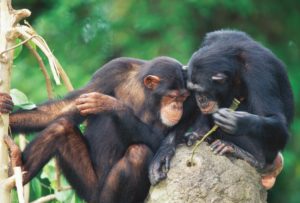 Let me propose to you that despite humans being incredibly complex devices at our core, we are still extremely simple beasts. At a certain level, we can still be an ape with a stick poking at an ant. And I would argue that the stick is our communication devices (phones, tablets, computers etc), and the ant is the content we control with our modern stick. Still seems complex though doesn’t it? Using all this crazy miniaturized technology to saturate our brains with sensory input until our eyes and ears are bleeding. To that can I point out just one thing? Take a quick look at the most watched videos on the internet that aren’t music or toddler videos. (Although those toddler videos kind of prove my point as well). Did you see the list of what we are watching with these supercomputer devices? Charlie bit my finger. That’s what. 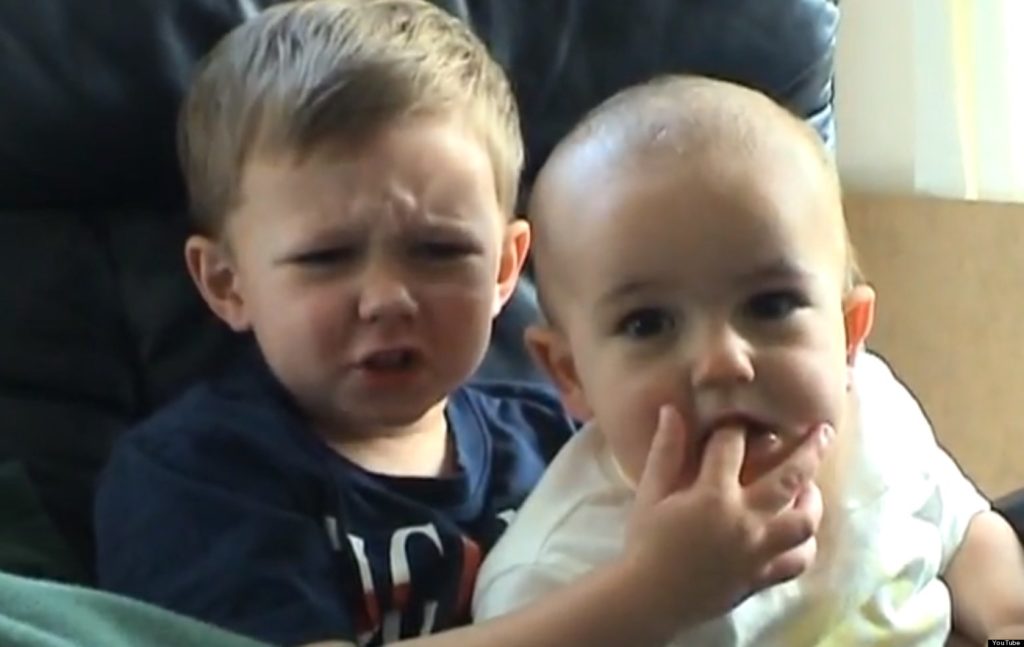 Through all of this onslaught of sensory input that is loud, shiny, polished, filtered, waxed and ironed, I would argue that there is a general seeking out of, and an appreciation of, simplicity. A guy getting sacked by his baby, an annoying talking orange, an overdubbing of words to the motions of a dog’s mouth movements. 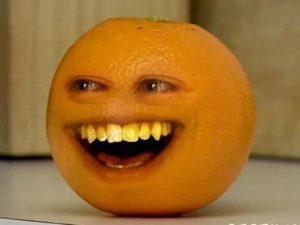 Ok that last one is really quite clever, but at it’s core it is also very simple, and very plainly real. The app Vine came and went for a number of reasons yet it’s six seconds live on in infamy as compilations garnering millions of views. Vloggers just talking about or documenting their lives are extraordinarily popular. People, and animals, doing very simple, or very complex, but very real things have captured our attention.

I don’t know, and I have no idea how you would go about studying it, but I would be very curious to see the physiological response to these things versus what we are told to be impressed by (modern shiny things) versus what used to impress us say two hundred years ago. We certainly don’t have the same response to standing on top of a mountain as we do watching videos of people reacting to their new surprise puppy. But at some level there is still something very similar there. Something soothing, calming and capturing our attention. 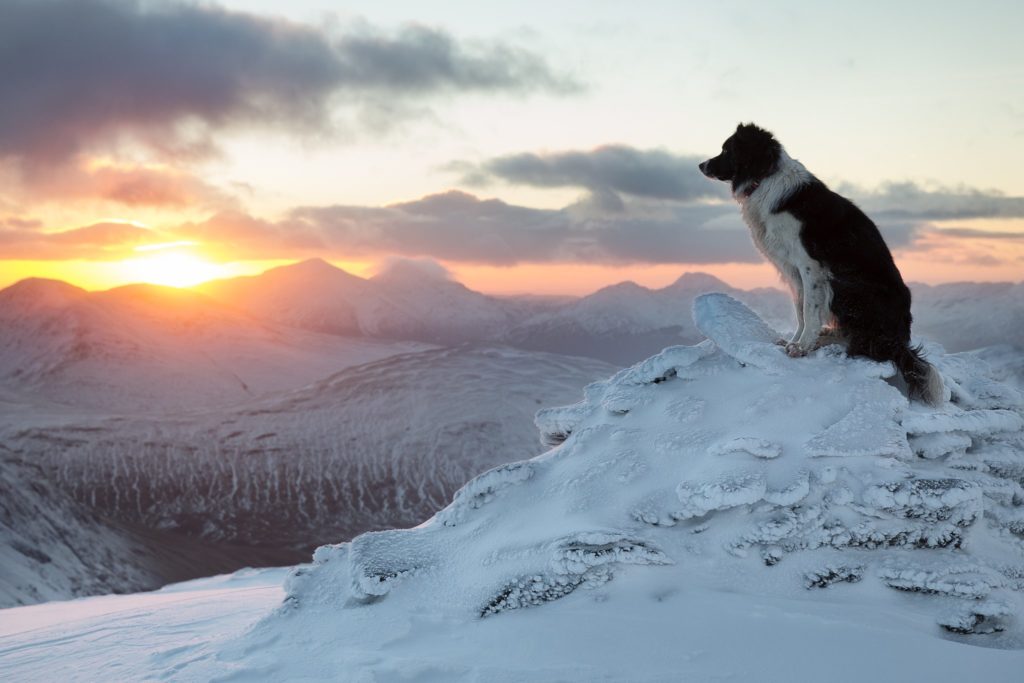 We will always be wowed by the legion of the Big Impressers. But in terms of being entertained, having something hold our attention, the things we want to share and talk about with our friends are these little clips of activities that sometimes are very mundane, sometimes very skill driven and complex, and sometimes a quick showcase of a random talent. This last one is very true of Vines where rapid subversive humour was dominant. In most cases it takes some time, talent and energy to create this content and I think it is amazing that people are entertained, and yes, impressed by it.

It seems that this is our brain’s way of cutting through all the clutter that modern technology can, and does throw at us daily, hourly, minutely. Somehow we have quickly evolved to use our super tech to in fact simplify and downsize our facilities for being impressed. That latest Transformer CGI movie with hyper realistic sheen and machinations? Meh. A British baby biting his brother’s finger? Now that’s impressive. And that, in it’s own way, I find to be very impressive indeed.