A mildly deranged everyman, the dance of joy, and Dmitri.

One of those shows that somehow feels much older than it is. And yet, it aired well into the Seinfeld years and bowed out just 13 months before Friends made its debut. Let’s get reacquainted with Larry and Balki and talk about Perfect Strangers.

Probably because it was born out of the ridiculously massive Miller-Boyett 80s production house with it’s iconic yellow show titles, it feels dated just by saying the name of the show. Or perhaps it’s because it’s one of the last character driven slapstick shows to come out at at time when issue driven sitcoms were taking over full time.

Indeed, both stars Mark Linn-Baker and Bronson Pinchot likened it to a throwback to the format of The Honeymooners and I Love Lucy. I can picture Balki making a commercial for Vitameatavegamin can’t you? Or Larry and Balki working at the candy factory alongside Lucy and Ethel?

With a main cast that genuinely liked each other, and aside from the network playing the time slot hokey pokey, if you’re looking for salacious behind the scenes details about this slightly forgotten Chicago based classic you will be disappointed.

However, our boat from Mypos has arrived and it’s taking us to Chicago to find out just what made Perfect Strangers tick.

Perfect Strangers aired from March 25, 1986 until August 6, 1993 – both very odd starting and stopping dates for a TV series. But considering it ran for 151 episodes across 8 seasons it’s a little surprising that it’s difficult to find over the air these days.

Bookended by shortened, 6 episode, first and last seasons, this ABC vehicle shuffled across the TV grid until it eventually became a mainstay on the network’s flagship TGIF lineup. After it was sent to die in a Saturday night graveyard slot it’s final season aired once again on Fridays over the summer of 1993, and it attracted it’s second highest number of viewers behind only it’s premiere season.

Probably one of the reasons it doesn’t rate higher in today’s public consciousness is that it only averaged #27 in the weekly ratings, dropping to an abysmal #61 during it’s seventh season in the barren wastelands of Saturday night.

Ostensibly a show about a fun loving and naive sheep herder from the fictional Mediterranean island of Mypos (Balki Bartokomous) coming to America and moving in with his neurotic distant cousin (Larry Appleton), who himself had just moved to Chicago from his native Wisconsin. The hook? That Balki has an understanding of American life mostly from pop culture that had made its way across the pond and he applies this knowledge in unusual and hilarious ways. Larry being the status driven one, always on the look-out for being taken advantage of by the big city folk, and Balki being the optimistic free spirit, just happy to experience American life.

Despite it’s mocking of cultural differences the show was actually developed out of the patriotic sentiment that America shared together during the 1984 Summer Olympics in Los Angeles. Seeing international athletes experience American life combined with this patriotic fervour led creators Thomas Miller, Robert Boyett, and Dale McRaven to conceive of a show where Americans would help assimilate a new comer to their country. As the show went on we see that the American way is not always the right way and that lessons can be learned in both directions across the cultural divide of America and Mypos.

Aside from the cultural hook it is a fairly basic premise focussed on both home and work life. We see follies with co-workers and bosses, initially at the Ritz Discount Store, and later at the fictional newspaper the Chicago Chronicle. And domestic jollies in their shared apartment, later Victorian home, with the girlfriends and an unforgettable elevator operator named Harriette Winslow of future Family Matters fame.

We see Larry and Balki get into all kinds of predicaments and over the top situations with each other, and later, with their girlfriends and future wives, Jennifer and Mary Anne respectively. 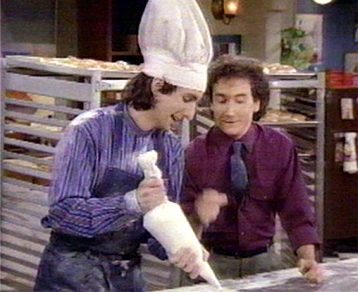 Baking traditional Mypos treats in time to a conga infused song, fixing a shower by punching more holes in the wall than a game of whack-a-mole, Balki adapting a traditional game from Mypos to become unbeatable at golf, flooding basements, getting handcuffed together, it’s all par for the course with this culturally at odds couple. 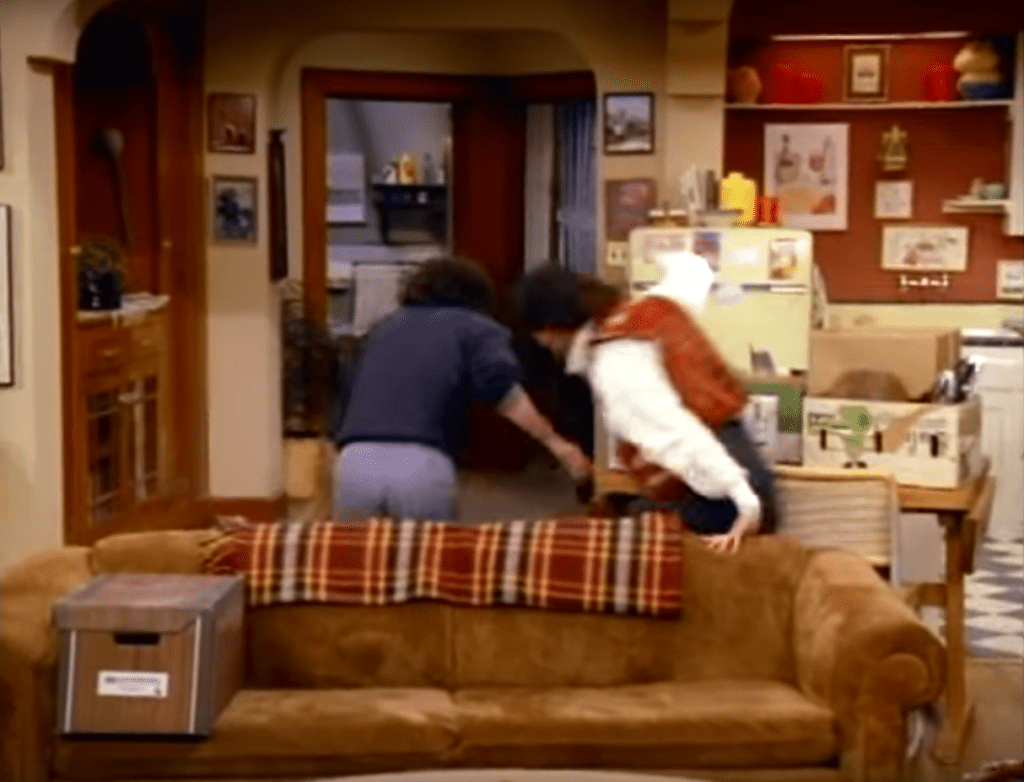 In Chicago, and like most longer running shows, the sets tended to expand as the series went on. Seasons 1 and 2 were in Larry’s small, and I’d argue dingy, apartment where Balki slept on the couch. Season 3 saw them move in to a larger apartment, giving Balki his own bedroom, and this to me is the ultimate, and most memorable, Perfect Strangers set.

Oddly, both Jennifer and Mary Anne lived in the first building, and also in the second building, yet when they made the move to the larger apartment there was never any mention made on the show that together they had all up and moved. Oh the 80’s, when rents were so low that finding a new apartment was so easy that you just wandered down the street until you found something you liked.

This is also the building that brings us Harriette’s elevator that is the actual birthplace of Family Matters. We see lots of the Chronicle, well, mostly the basement anyway, until Larry would start chasing Mr. Wainwright around upstairs with a story idea. Through the end of season 6 we were shown a balance of home and work but in season 7 the gang moved once again, this time into a Victorian style mansion. 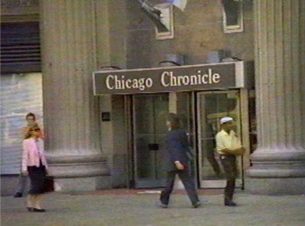 Despite Balki being given a promotion at the Chronicle (to comic strip writer, that being a strip based on Dimitri) gradually we see less and less of the work setting and focus more on home life. This is were I remember not enjoying the show as much as it closed in more on their relationships rather than hijinks. And I’m really only here for the hijinks.

Trademark Location: For me it’s not the elevator, but instead the front door of the second apartment. The amount of scenes set around that door was insane. I know doorways are a standard supporting piece in so many scripts but this was ridiculous. I swear a third of every episode took place there.

Meh. Yes? No? Honestly this theme song is the blueprint for 80’s sitcom intros. Uplifting? Sure. Soaring chorus? Yeah. Do I remember it unprompted? Nope. It should come as no surprise that the composer, Jesse Fredrick, also wrote the themes for Full House, Family Matters, Step By Step and Valerie/The Hogan Family. So literally the blueprint. Love that harmonica though.

Wacky but with a heart. For all its zany antics Perfect Strangers really did fall smack into that sitcom cliche of balancing the nutty with the saccharine. Not as syrupy as Full House, yet more redeeming qualities than Three’s Company. Sometimes we really can learn that things can be done a better way. Even if that way is from a fictional country.

Kind of. It’s hard to find outside of streaming on Hulu in the US. When you mention it people know of it, but it doesn’t hold a true place in the upper pantheon of 80’s golden memories. “Is that the Balki show?”

As a show people have fond memories of, but no real connection to. A cute TV show if you will. Also, for making a small me think for years that his name was Corson Larry because of how Balki pronounced cousin.

Outside of Balki not really. Should be known as the birth of Family Matters, but no one seems to know this.

There have been exploratory talks but nothing serious. Considering the success of Fuller House I wouldn’t be surprised to see the entire Miller-Boyett stable rise up from the dead.

Yup. Learning from other cultures? All the rage. Hijinx and syrup together never goes out of style.

I remember watching this show, both in re-runs and as a part of the TGIF lineup, as a kid and it being one of my favourites of the era. It was a fun little world that Larry and Balki inhabited and their antics made up for the more boring interludes that occurred when Jennifer would get more screen time. I need to find more old episodes to see why I have such a mental block about her character.

I know she was the straight woman to the boys’ zaniness but a good straight character can be just as enjoyable as the crazy ones they are trying to reign in. Jennifer aside (usually where I wanted her to be), I found the lessons learned, mostly by Larry via some obscure Myposian tradition, to be endearing rather and brow beating and moralistic.

As a person that believes that a sitcom should be funny above all else, Perfect Strangers more than fit this bill. The resolutions to each episode’s problems was quick and heartfelt and having the Mypos culture being the source of most of these resolutions was a nice spin that kept things light and out of Very Serious territory.

(Quote thanks to Linda Kay, founder of perfectstrangers.tv fan site)

Overall, a great odd couple show that thankfully kept the focus on the odd. 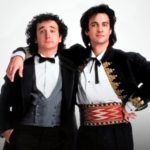 In a way before it’s time example of cultural wokefullness, rather than have Balki be from any specific country, they made up Mypos as to avoid offending any one particular culture. Although anyone who didn’t see Mypos as a Greek stand-in had their ostrich head in the sand.

Was an original anchor of ABC’s Friday night block of comedy TGIF, airing at 9 or 9:30 along with, among others, Full House, Family Matters, Just the Ten Of Us, and Dinosaurs. 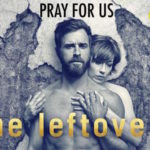 In the HBO show about a rapture-like event, The Leftovers, there is a line about the entire cast of Perfect Strangers being part of the disappearance. Which is trivia worthy because Mark Linn-Baker auditioned for the show. Only to be turned down because how can he be on a show in a universe in which he does not exist. 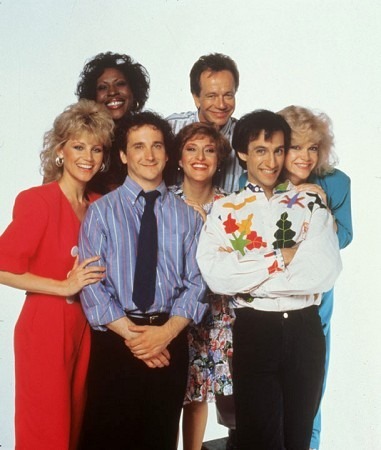 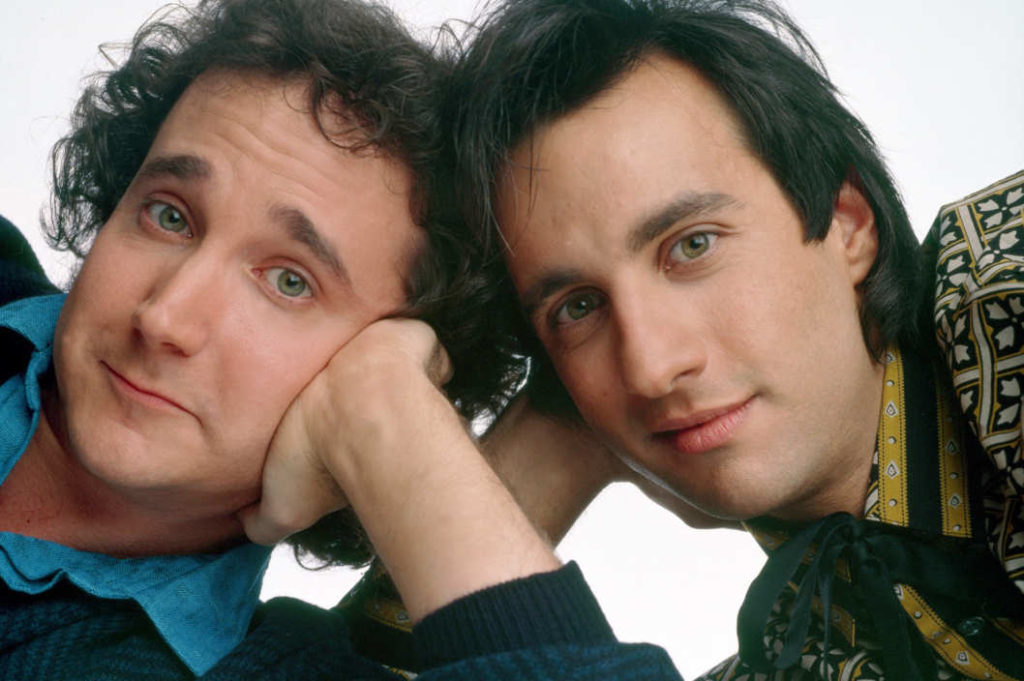 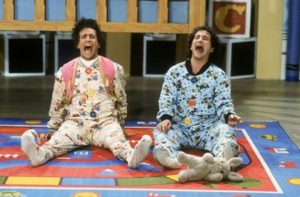 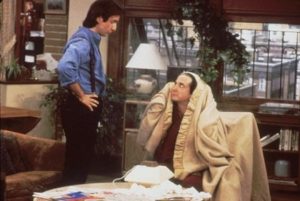 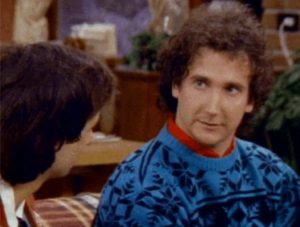 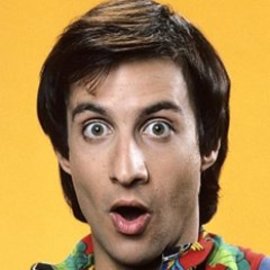 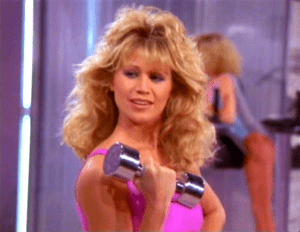 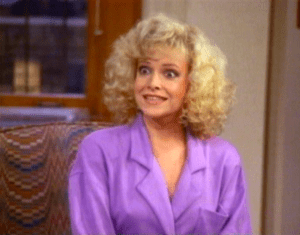 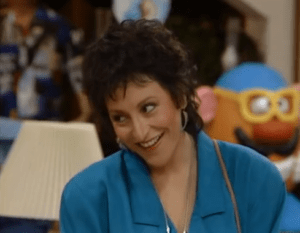 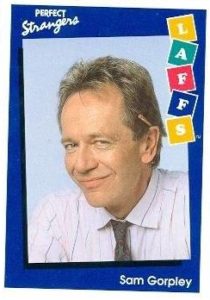 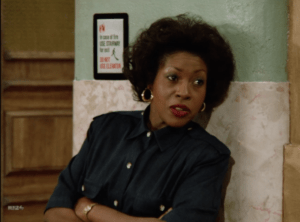 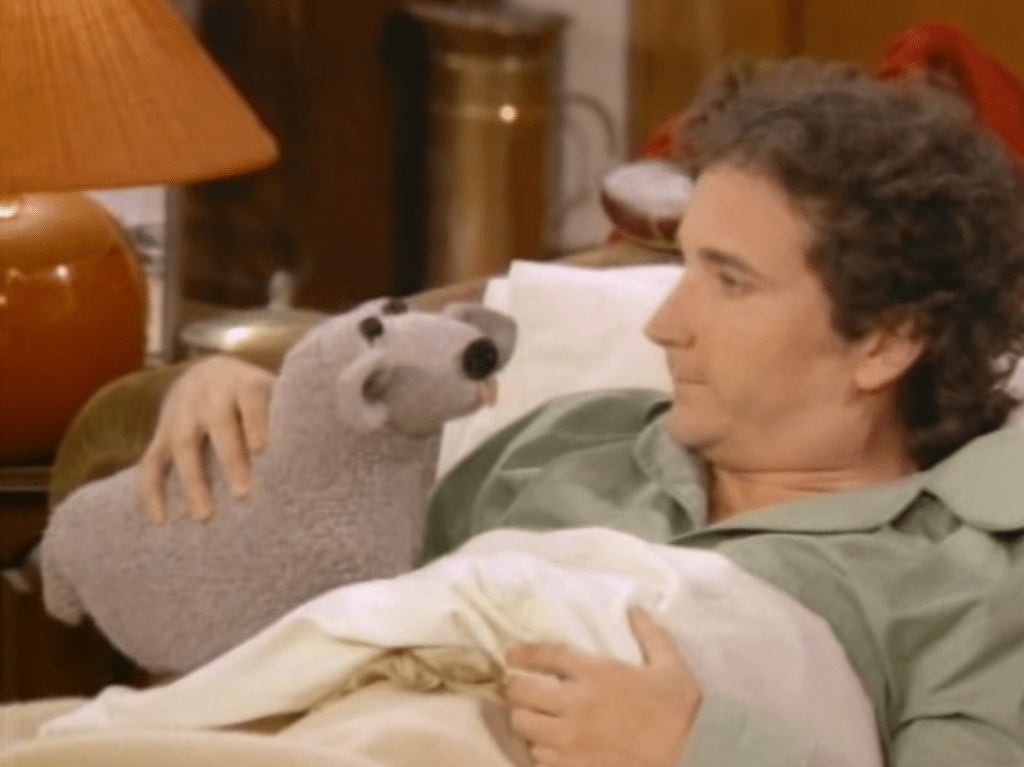