On the list of Signs You May Be Gay is when younger you squirrels away in the basement to pass the time by watching re-runs of that old southern-set chestnut, Designing Women.

While recently brought back (somewhat) into public consciousness with its addition to Hulu, back when it was airing you couldn’t go ten feet without seeing a tabloid with something about Delta Burke on the cover. The show itself, while very popular, was never a true massive hit until its second to last season. But the drama emanating from the cast of the show? Now that was a hit.

Less a sitcom than what I call a topcom, this was a heavily topically driven show. The situations presented and which the characters found themselves in were a function of the topics being addressed each episode. Don’t get me wrong, it certainly was funny, with the entire cast that surrounded Dixie Carter providing the comic relief to Carter’s stoic matron-ship of Sugarbaker & Associates.

But more often than not there were Very Serious issues to be plugged away at which could take away from the Ha-Ha funniness of the show. What is interesting is how many of the issues are so damn relevant some thirty years later.

Let’s take a trip inside the design firm that never seemed to design anything and see just what was under the hood of that big haired dishy delight, Designing Women.

Airing on CBS, Designing Women ran for 163 episodes from Sep 29, 1986 until May 24, 1993. As usual with television executives who have the attention spans of gnats, the powers that be had it airing on Mondays, Sundays, Thursdays and Fridays. With a small hiatus in there just for fun.

It’s most successful slot, however, was back-to-back with Murphy Brown. So why did you move it everyone with half a brain asks.

Designing Women was, at its core, a show about women in the workplace. How they interact, share in each other’s lives, and engage in the usual shenanigans that come up in a sitcom. Deeper though, it was a show about topics that were at the forefront of the day. And in a very prescient manner, were openly discussing and tackling issues that are now in our everyday mainstream conversation.

While season 6 swung a little more into traditional sitcom territory with more situational and absurd humour, the show filled mostly a funny, yet emotional, role on the television dial. We follow the characters as they’ve come out of divorces and deaths of husbands, coming to work everyday at Sugarbaker Design to lean on each other as they navigate life together.

Very Serious topics abounded as did the ever popular Very Special Episodes. Thought of as Golden Girls Lite, the women of Sugarbaker Design faced many of the same issues as their older TV aunts. Rather then pander and “address” the issues as so many boring and trite shows do today, Designing Women actually faced the issues, dealt with them head on and had strong opinions voiced in no uncertain terms. 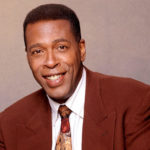 Right at the forefront of the show is the hiring of a black freshly ex-convict to work with them. And while we were never let to forget that Anthony was an unfortunately incarcerated black man, he was treated no different than the others with equal parts love and jabs coming his way. But do remember this, even though we can remember watching it on tv as though it was yesterday, there is an episode about a golf club opening its doors to blacks. And it aired in 1991. Think about that.

Over the years of the show we see the women, and Anthony, grow and mature alongside the growth of Sugarbaker Design. Mary Jo, in particular, becomes a mini Julia, confident enough in herself to break up with long term boyfriend J.D. Shackleford when she realizes it’s not what makes her truly happy. After an incredible string of inappropriate suitors we see Charlene get married before she leaves in season 6. Before Delta Burke leaves at the end of season 5 we understand that her gold digging and selfish antics are more a product of loneliness and insecurity than anything more nefariously self-centred.

After the cast changes of season 6 the show headed in a more traditional sitcom direction with the writers upping the ante on the shenanigans, possibly in a ploy to drive viewers into buying-in to the new cast members. And it worked, with season 6 being the highest rated of any season. 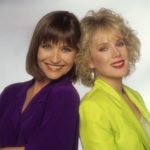 We got the heart that left with Charlene replaced by her sister Carlene played by the woefully underrated Jan Hooks), but the sass that left with Suzanne was replaced with the obnoxious and horribly mean-spirited Allison. While Julia Duffy did all she could with this brutally written character, she got out before being fired after finding no love from either fans nor castmates. 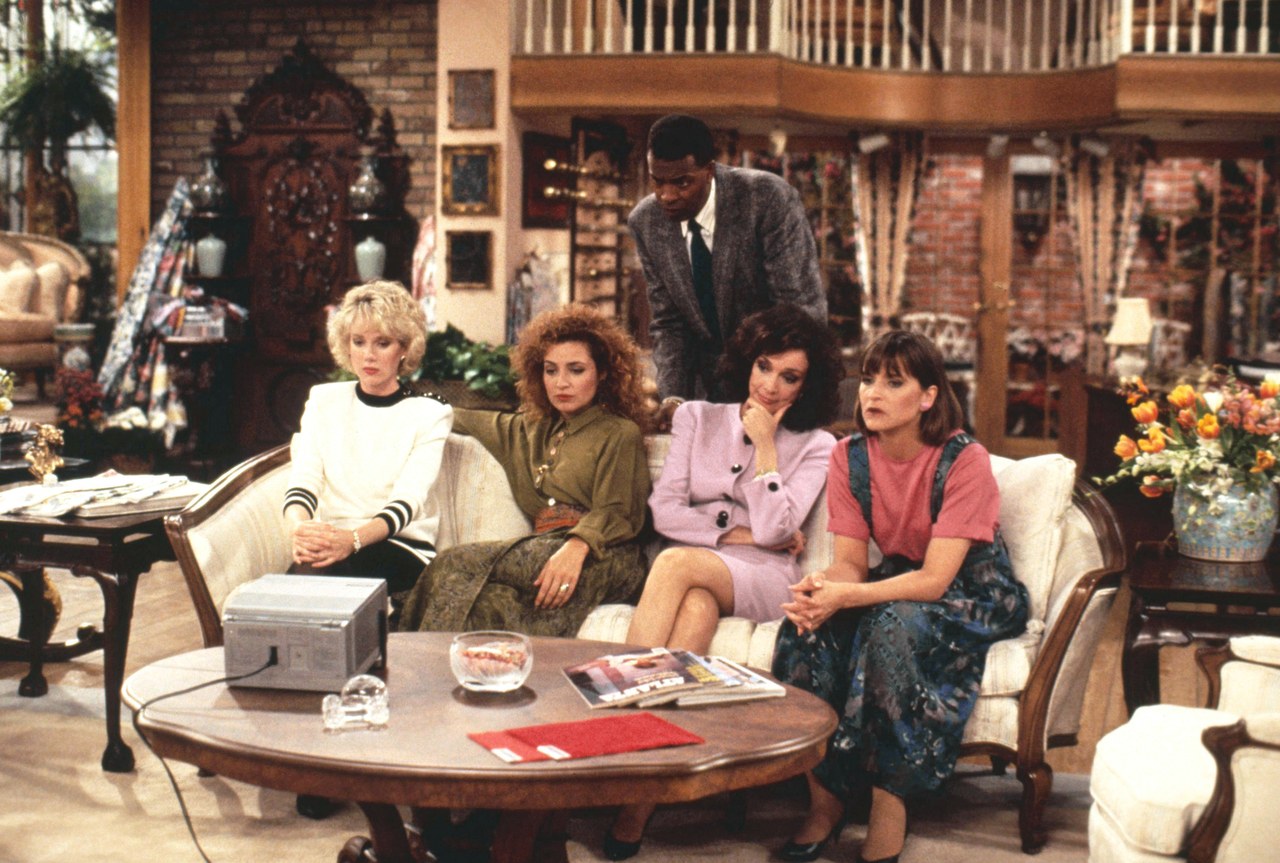 This can’t be considered anything but a workplace sitcom because so much of the show takes place inside Sugarbaker Design. Yet it almost never feels like a workplace setting. The set, and home of the design firm, is a massive Victorian era mansion, and we live with the cast in the cavernous living room. Sure there are desks on either side of the set but with the cast spending so much time on non-work related activities there it actually feels like a domestic sitcom. 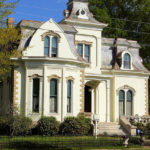 The overall setting is in Atlanta and I feel we gain a lot more knowledge about the cultural setting through the dialogue more than anything else. Beauty pageants and talent shows aside of course. The exterior of the mansion is actually a home not in Georgia, but in Little Rock, Arkansas.

I suppose we visited the characters in their homes here and there but unless I sit and re-watch every episode I sure don’t remember them. That’s why this show has a homely feel to it despite it being set at work more often than not. Like the Golden Girls in a bigger house. I honestly think that when I was younger I just assumed they all lived there. I mean what were they doing with all the bedrooms upstairs?

Trademark Location: Um, that couch. That is all. 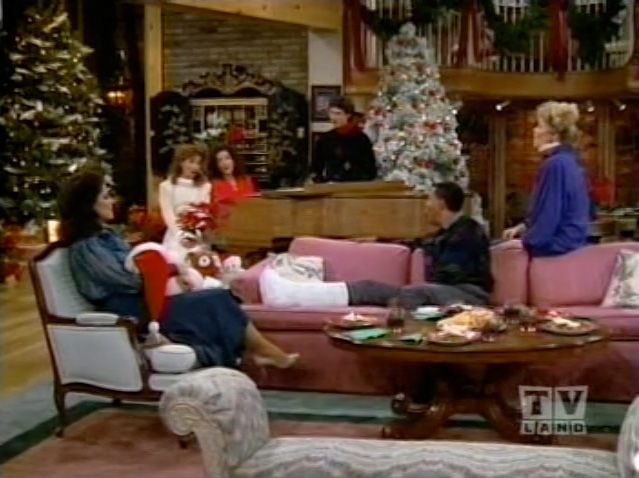 Well, the theme song was “Georgia On My Mind” so yes? Even though it went through four different iterations in seven years. And I still find it slow and boring. But it’s southern, the show is southern, Ray Charles is southern… Still boring though.

Outside of the theme Designing Women featured an incredible amount of music, much of it sung by the cast. “White Cliffs of Dover”, “America The Beautiful”, “How Great Thou Art”, “Burning Love”, “Ave Maria”, “Danny Boy”. It just keeps going. Music was actually quite central to the show.

And if you ever wondered why Dixie Carter sang so often, lord knows I sure did, it’s because she, as a Republican, often didn’t share the views of her character, Julia. When Carter had to go strongly against her personal beliefs for her character, she got to sing in a future episode. That’s some kind of contract.

A show where the heart came first, and the antics came second. Where women tore into each other as only good friends know how to do. Gave lessons on life, love, friendships, AIDS, feminism and more without ever being preachy. Instead of beating us over the head with the Very Special topics the episodes simply presented us with the topics and explored them. I’m looking at you third season of the rebooted One Day At A Time.

I think so. As of Aug 26, 2019 it is available for streaming on Hulu so that may bring it back into public consciousness but overall it has not made it’s way into the pop culture record book the way others from its era have.

For being ahead of its time. For being a show about women, by women that still had a wider popular appeal.

It’s there as a champion and bastion for women on television when it’s discussed. But it’s legacy in reality? As in there being a current top 20 sitcom that is nearly 100% female driven based on the path that Designing Women blazed? Sadly, the academic legacy doesn’t match the actual legacy. Although Hot In Cleveland did happen.

As of September 2018 it has been given a script commitment from ABC with original series creator Linda Bloodworth-Thomason at the helm. Coincidence that the old episodes are now streaming on Disney owned Hulu….?

It is needed today.

Re-watching the episodes today I wonder how and why I was attracted to this show when I was so young. A bunch of women in the south going on about their daily goings on. Surely the gay gene played a part in it but I was also surprised to re-learn how heavy some of the episodes were. I suppose there was just enough silliness to keep my young brain entertained.

Like I mentioned earlier, the writers laid out a show where the Very Serious topics were simply a part of the universe in which the characters existed, they weren’t pushed forward with an awkward eye towards learning and preaching. Sure, the person the line of fire of Julia’s acid tongue was learning their life lessons but she wasn’t speaking to us, we as an audience were simply there to witness it and take from it what we wanted.

Fast forward thirty years and it would seem that creator Linda Bloodworth Thomason would agree with my sentiment telling the Hollywood reporter in 2018,

“Normally, I’m not a fan of reboots but Designing Women does seem to have the right fengshui for all that is going on right now. We could definitely have some fun.” 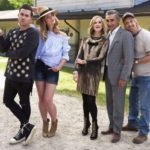 Overall, issues were dealt with with heart and grace and a certain matter-of-factness interwoven with clever plot lines. It reminds me a lot of how Schitt’s Creek pulls this off today. For every episode that veered into Very Special territory we get an episode to balance it with over the top comedic relief. If you can write a character that dresses down a politician on television, yet also accidentally moons half the city, including the mayor, you’ve written a show that is ok by me.

The key to Designing Women being watchable, for me, is that I liked being a part of their world. It was sweet without being saccharine. It had heart that was genuine but not forced. The southern culture holds a lot of mystique and charm for so many and it was nice to sit on the couch with the ladies (and Anthony) for thirty minutes and feel at home with them. Even though it was at work. Sometimes with a pig. 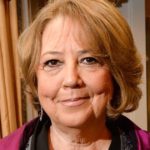 The script commitment for a reboot was given to Linda Bloodworth-Thomason the day after she published a scathing opinion piece on ex-CBS chief Leslie Moonves in the Hollywood Reporter. In it she detailed the systemic manner in which Moonves had essentially blacklisted her from network TV. 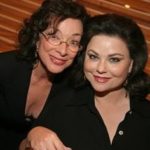 On-set friction between Delta Burke and Dixie Carter ran so deep it took over ten years for Carter to come around and accept Burke’s apologies. Carter had previously agreed with show producers that Burke’s behaviour was detrimental to the ongoing production of the show and therefore had to be let go 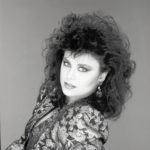 Although the character of Suzanne was written specifically for Delta Burke, she was not approved by the producers to take the role until two days before filming the pilot. Only after original actress Lorna Patterson failed to generate the right chemistry with the cast in rehearsals did producers allow Burke to have the part. 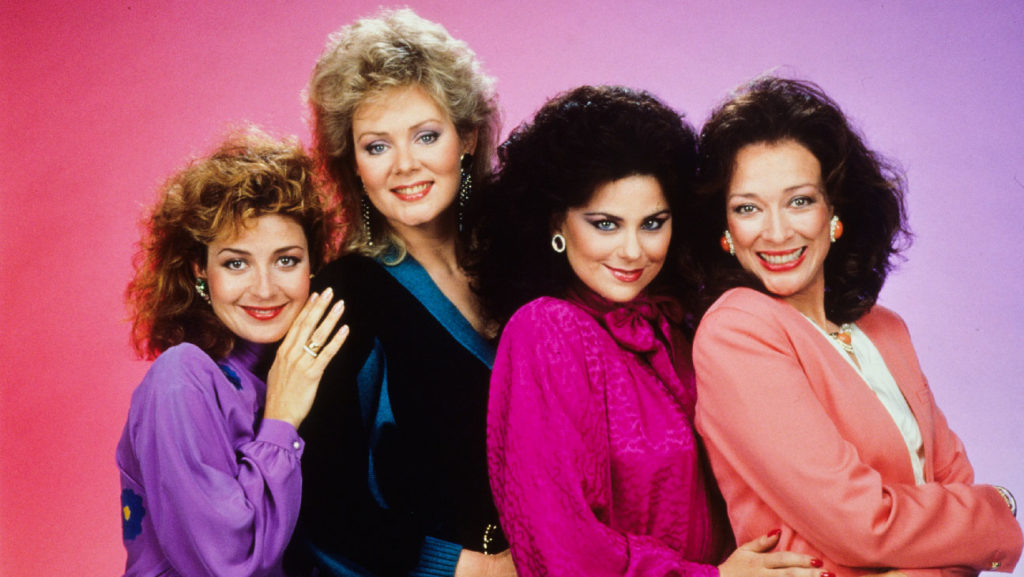 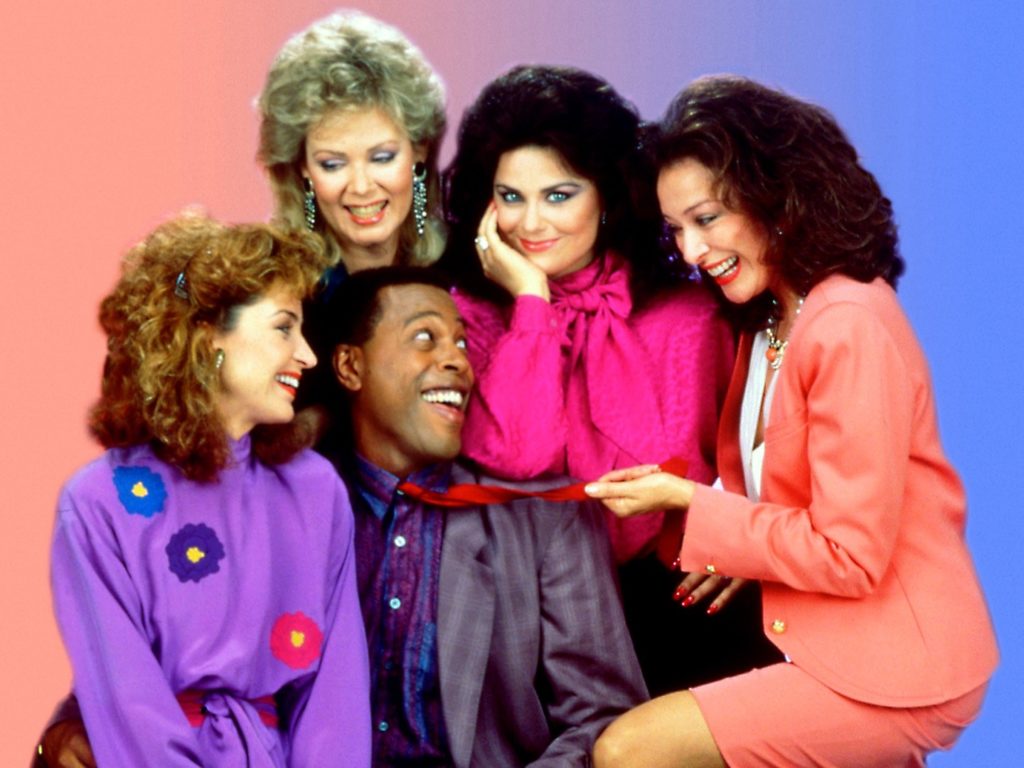 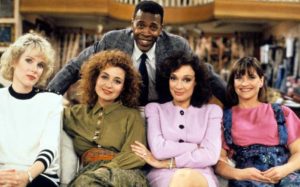 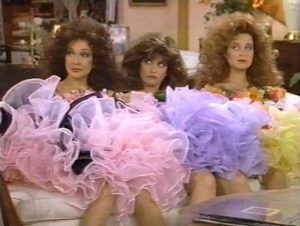 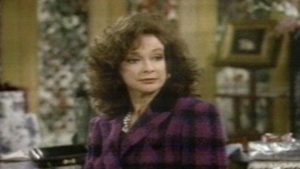 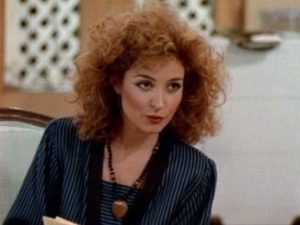 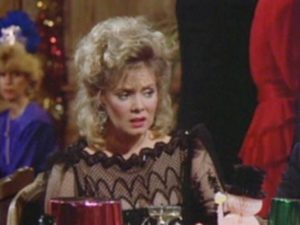 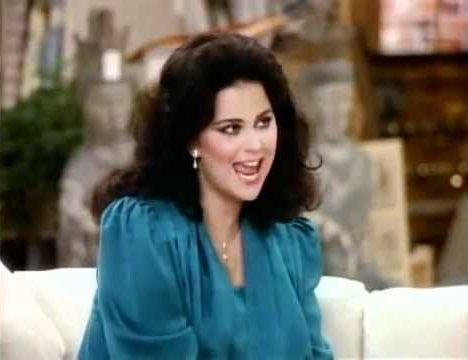 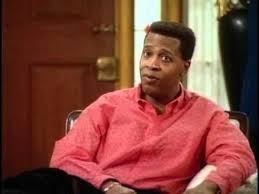 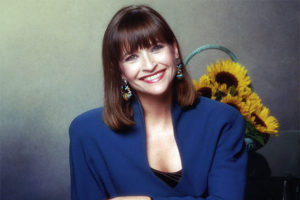 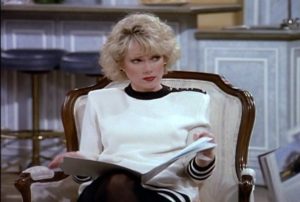 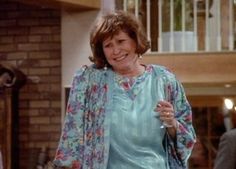