This is not a deep dive into my, or anyone else’s psyche. This is not a diatribe on groundbreaking political policy and discourse. But then again I don’t have the stomach to wade into anything quite so serious and vile. However, I have stumbled upon a topic that burns ever so slight, somehow persistent and irksome, bubbling and simmering just below the surface of almost anyone who consumes western visual media. Mention this to a random person and they will turn to you immediately, “I know right! Why do they do that it drives me nuts!” Sally, rest assured, you’re not alone. 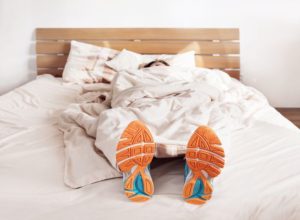 Why, oh why, are people wearing their shoes inside on TV and in movies? And I don’t mean just walking around, after coming in the door with the groceries and bringing them to the kitchen. No no. I mean full on lounging around the house in overstuffed chairs, on the couch, on the floor watching TV, and the biggest demon of them all, in your dear sweet clean soft fluffy bed. Are you triggered yet? From all the times you’ve watched sitcoms and dramas and coming of age stories and the worst offender of them all, Hallmark movies.

Kids are by far the worst of this bunch. Teenagers and dad, you’re awful. But even lovable old pop pop isn’t above this podiatristic sin. It’s a word honest. Mom, you get a mild pass if you are in heels. Because for some strange reason moms walk around the house in heels on TV. And yes yes you do look fancy.

My issue, I suppose, isn’t so much that characters are wearing their shoes in interior shots, I think its the unsettling settings that they are doing it in. We all walk around, in western culture at least – do not attempt this in Asian or Arab homes – as we pass quickly through the house to get something. Maybe we are bringing a bunch of stuff into or out of the house. You’ve come home but you know you will be leaving again shortly and can’t be bothered to take your shoes off only to have to bend all the way down there to put them back on again fifteen minutes later. 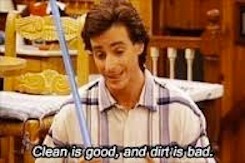 Like I said earlier, my issue is not that they are wearing them, it’s that the shoes just never come off. I remember watching Full House as a kid and seeing the kids laying around on their beds, legs in the air, tacky eighties runners just flapping in the wind. My little brain couldn’t figure out why or how this could be a thing. How is that possibly comfortable? Why would your parents allow this? How did noted neat freak Danny Tanner allow this? Watching TV – shoes on. Doing homework – shoes on. Cooking dinner – shoes on. At least this one is a little understandable.

Speaking of Danny Tanner, has no one thought of the hygienic implications in all of this? I’m no germaphobe, ok maybe I am a bit, but think of where your shoes have been today. Go out and follow your past self from today around with a broom and dustpan and sweep all the little bits of dust and bugs and grass and gum and poo into your dustpan. Take this dustpan and sprinkle it’s contents liberally around your living room, kitchen, and bed. Maybe that was a bit extreme. But probably not. Perhaps you have dedicated indoor shoes. Fine. They’re clean and cushioned and lovely. And feel like goddamn clogs crashing and banging around your bed while you are lying on it. Indoor shoe argument rendered invalid. 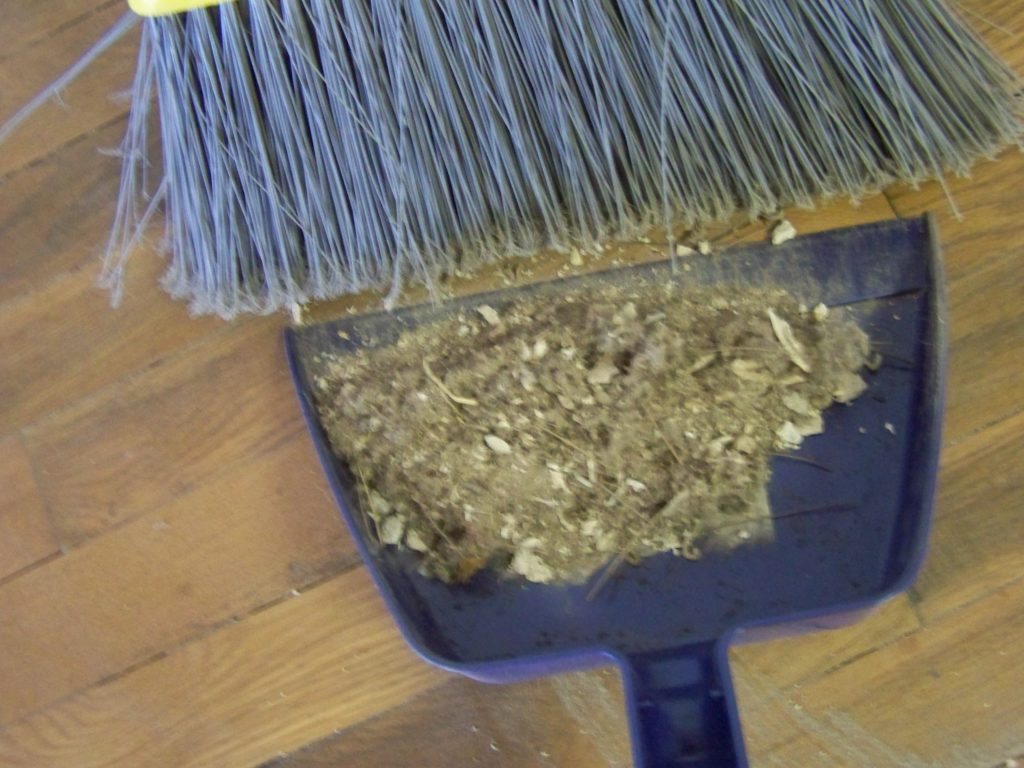 Possibly way way back in the olden days the first peoples of TV were in a studio with dirty concrete floors everywhere except the actual sound stage itself and just forgot to take the shoes off the actors once filming began. And decades later literally no one thought wait – should we have them take their shoes off? Is it possible that no one ever noticed? Or, it was the conscious decision of a costumer at some point in time to put all the characters in particular shoes. And then never take them off. And an annoying trope was born.

Probably the actual answer to this tiny cheese grater on the back of the neck issue is a little more based in reality. Which is always the most boring, and sadly most probable, of any of my fantastical theories. It’s common knowledge that many many cultures frown heavily upon wearing footwear inside a home, restaurant or place of worship. But a quick Google search tells me that it once was business as usual in the UK to wear shoes inside the home and that it in fact is the standard in many American homes. I suspect it was a tradition that crossed the pond and while it has faded in the Kingdom it hasn’t really gone away in the States. It is interesting tonote that in Canada it doesn’t seem very prevalent however. I’m just going to blame this on the snow. We blame it for everything else so why not. 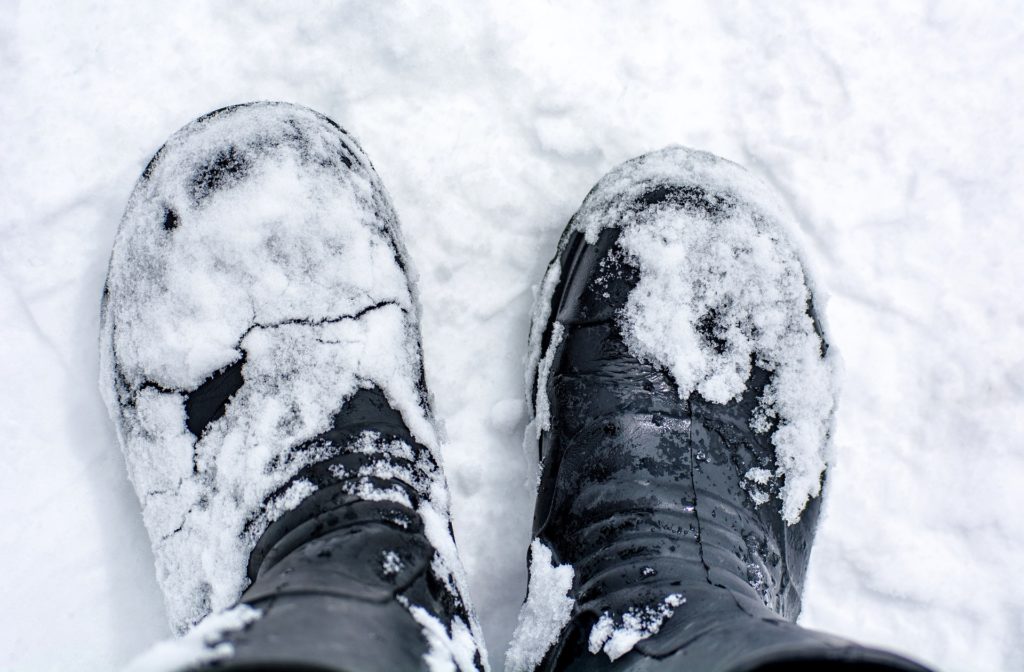 Despite this American cultural practice, there are still people on set that are allowing the egregious sin of lounging in shoes to continue to happen. And, as usual in these situations, my go to punishment is to have the people who are allowing this, or heaven help us, actively encouraging it, do as their characters are doing. You’re going home after a long day at the studio to put your feet up and watch the game? Yeah you’re going to do it in shoes buddy. Your daughter is having friends over and they are going upstairs to gossip about boys and listen to records? Sorry Sally Jr, you and your friends are going to clod-hop around that room in your clunky dirty shoes. Grandma! No napping unless you are going to do it…… in shoes. 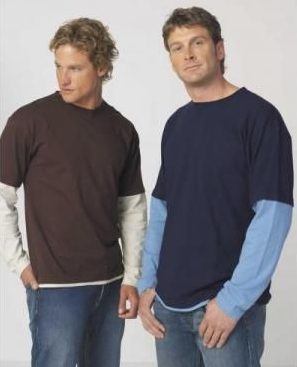 Like I said, more questions than answers. But I feel a little better after the punishments I’ve doled out. Next time though I won’t be so lenient. Yes I’m talking about you, you TV guys wearing a t-shirt over a long sleeved shirt. Stop it.

1 thought on “On Wearing Shoes Inside On TV”